The boys are back in town! 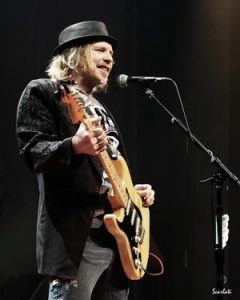 Nashville, TN — July 1, 2019…The second annual Andrew Marshall Dorff Memorial Benefit Concert will celebrate the amazing songs of Andrew Dorff, an acclaimed songwriter who had over 70 songs cut with 5 No. 1 hits, on October 1 at City Winery. Confirmed to perform are Hunter Hayes, Lori McKenna, Devin Dawson, Rachel Wammack, and Jeffrey Steele, with additional performers to be announced. Tickets will go on sale soon.

“The evening will feature incredible performances by some of Andrew’s dear friends and co-writers. We will be raising money for pediatric oncology initiatives at Monroe Carell Jr. Children’s Hospital at Vanderbilt, a cause dear to my son. My family and I look forward to celebrating and honoring Andrew’s memory with our Nashville music family,” says Steve Dorff, father of Andrew.
Contributions from the Andrew Marshall Dorff Memorial Fund will play a key role in enabling more of our community’s young people to find expert, specialty cancer care. All proceeds from the benefit concert will help advance Children’s Hospital’s ongoing mission of compassionate patient care, discovery research, and clinical training.

About the Andrew Marshall Dorff Memorial Fund:
Father Steve, brother Stephen, and sisters Callie and Kaitlyn established the Andrew Marshall Dorff Memorial Fund to honor the memory of their son/brother Andrew, a talented Nashville songwriter known for writing songs for country stars such as Blake Shelton, Kenny Chesney, Rascal Flatts, Old Dominion, Hunter Hayes, and more. Andrew died unexpectedly in 2016. His songwriting was recognized and respected, but he had many other gifts that were admired and loved by his family and a wide circle of friends. Through this fund, Andrew’s family makes contributions to support nonprofit organizations that celebrate Andrew’s life and talents and to honor his memory. 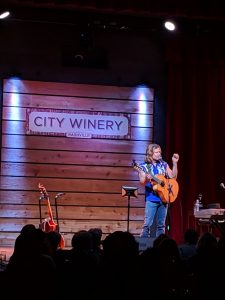